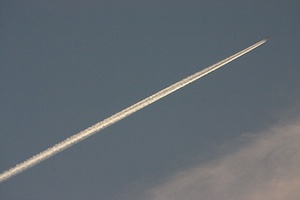 When we read about alliances in the press it is often about a partnership being signed between two parties or the successful alliance is being extended. Rarely we read about alliances going sour. From the news you might get the perspective that alliances are always successful. Unfortunately that is not the case. If you remember the 80% rule, you know that up to 80% of the ad-hoc alliances fail, while the companies that follow a structured approach to establishing and managing alliances and other business partnerships reach a success rate of up to 80%.

The fact that we don’t read so much about failing alliances, has probably to do with the fact that companies try not to come too negative in the news. But if you dig a little deeper there are examples to be found. Amazon and Toys R US for instance had an alliance that went sour and ended up in court. The alliance between Disney and Pixar also came in troubled water, when Steve Jobs and Michael Eisner broke off their negotiations to renew their partnership.

Just recently The News Tribune brought an extensive analysis about the tension that is arising between Delta Airlines and Alaska Air. These two partners seem to be complementary in almost everything they do. The tension now is caused by the fact that Delta Airlines is extending within the home base of Alaska Air: the Seattle-Tacoma airport. This extension is not just a logistical operation in making their presence stronger. If this was the case this could actually strengthen the partnership, as the two airlines would even be stronger in feeding each others network. Delta is also extending by opening flights on the same routes that previously were the exclusive domain of Alaska in the partnership.

Instead of jointly expanding the pie, the two partners are now starting to eat and fight for the same part of the pie. It seems that Delta’s strategy is changing. This by itself is quite normal. We see many alliances transform or end because of changing markets, changing priorities or changing strategies. However, it is in general for both partners better to be open about ones intentions. It will allow for a transformation or a graceful exit out of the partnership. The communication about the changes can then be managed.

It looks as if Delta and Alaska are not sharing the openness and transparency that a partnership needs. Each of the partners seem to have their own [hidden] agenda and this potentially puts this alliance into dangerous territories. Read the full analysis here at The News Tribune.

Is there still a future for this partnership?

2 Responses to “Delta and Alaska alliance in troubled water?”