Of course you know Angelina Jolie,

Well, maybe not personally, but you will have heard of her. She is not only the famous actress that is married to Brad Pitt, but there is something more to Angelina.

Two years ago Angelina wrote in the New York Times about her decision to have a preventive double mastectomy due to the fact that she is carrying a faulty gene that exponentially increases her risk of developing breast cancer.

The past week the life of our family reached a climax in the light of that same gene: the BRCA1 gene. About 18 years ago the descendants of my grandfather were part of a large medical research to this gene. It appeared that the high number of early aged women with breast cancer in our family was caused by this gene.

Back then I had myself tested for the simple reason that if I did not have the gene I would not be able to pass it on to my children. Unfortunately my tests turned positive and ever since that day the BRCA1 gene and its consequences has been part of the upbringing of our children. 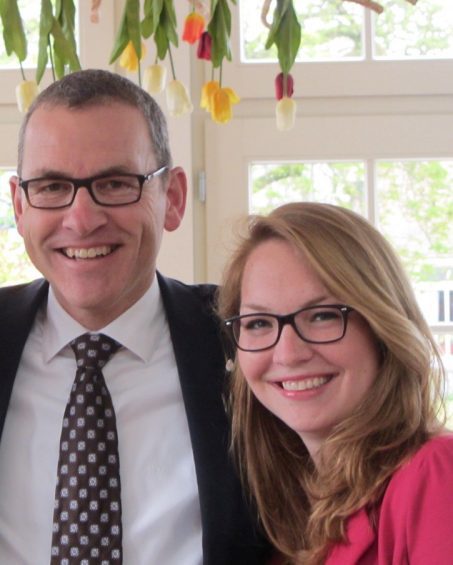 Our eldest daughter Anne Sophie of 24 had herself tested a few years ago and was found positive for carrying the BRCA1 gene. After thorough consideration our brave daughter made the decision to take the necessary measures to minimize the risk of breast cancer. Last Tuesday she had her preventive double mastectomy with immediate reconstruction.

And so as of last week we have our own Angelina in our family. Our daughter is probably not such a good actress, but as a totally biased and proud father I can tell you that she is way more beautiful than the actress is. She did not write about it neither, like Angelina did, that’s up to me in this post.

As you can imagine my alliance focus slipped a bit last week. Hence this time not an alliance post, but just a personal story. Normally Anne Sophie is the editor for my posts; she fine-tunes my writings into correct English. This time she had other things on her mind, so bear with me and read on through my grammar mistakes.

If you take one action from this post then go back to the story of Angelina Jolie in The New York Times and read it. For some there is still a taboo in the subject of breast cancer due to the BRCA1 gene and the fact that people can take preventive measures against it. The fact that Angelina made her story public makes it easier for women like Anne Sophie to share their own story and find understanding.

Our brave daughter is recovering well and I am back on to my alliance focus. At the moment I am on my way to Boston to facilitate a strategic alliance workshop, leaving Anne Sophie into the well capable caring hands of my wife.

Enjoy life and have a great week!