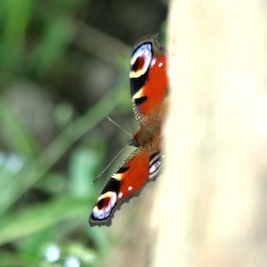 Last week I held my first webinar ever and it was a complete new experience!

When conducting live presentations you can look your audience in the eye and directly see their response. On the other hand, when recording a conversation for the Collaborative Business Podcast, I have full interaction with the guest, but no direct interaction with the audience. (Speaking of which: do check out the great conversation with Alex Cameron that went live last week!)

The webinar feels to be somewhere in between: there is interaction, attendees do respond by asking questions, but you are not able to look them in the eye. Questions come in through a chat box, which makes it sometimes a bit reactive.

One of the questions that came in through the chat box was an interesting one:

“People often mix alliances and partnerships.
What is the definition in your perspective?”.

These terms are often mixed up indeed and used in one sentence with each other. Most of the time we do mean the same, but is there a difference?

How you understand both terms will also depend on where you are in the world as the verbiage changes with the environment. A partnership is often perceived as a more loosely collaborative relationship. A relationship where two people or organizations can agree to work on a task or project together and the partnership ends when the project is completed. A partnership can be formed based on an oral agreement or a handshake.

An alliance on the other hand is perceived as a more serious collaborative relationship that is contract bound. An alliance will take more time and preparation to establish and will in general have a larger scope.

In some parts of the world the term partnership has legal implications. Late 1900’s England already established a partnership act and the USA followed in 1914. In these acts partners are seen as co-owners of the business, where the partnership does not have to be a distinct legal entity.

Agreeing that you have a partnership might create legally binding commitments which you had not intended when starting your collaborative relationship. Hence it is safer to steer away from the term “partnership” and use “alliance” instead.

When in doubt call it a collaborative relationship; it can always evolve into one of the other terms when the relationship matures!

Have a great week!