It has already been a week since my last day in Santiago. After my final walk from Finisterre to Muxia on Monday of last week my Camino was over. The next morning at 6:45am I boarded the early bus to Santiago where I arrived only two hours later. As my flight back home was only on Thursday I had nearly two days to spend in the city.

So far I had not been in favor of spending much time in the cities I passed, after all walking in the country side is much nicer. This time it was different, I knew that I would have to spend nearly two days here and so I enjoyed it differently. First of all I had to do some special shopping: I needed a flight bag for my backpack. This allows to check ones backpack safely on the flight without the risk of the straps getting strangled on the luggage belts. The alternative is to seal a backpack on the airport, but I preferred a flight bag as I can reuse it. It was a kind of a challenge, in some shops my Spanish was insufficient to make clear what I needed and some shops simply did not sell flight bags. Finally I found a small shop where I explained what I was looking for and the shop owner said “O you mean a flight bag” as it was the everyday best sold item of his shop.

When this purchase was done the rest of my two days were open. I visited the “living room of the lowlands” hosted by the Dutch St James association to welcome Pilgrims to Santiago and offer them a helping hand where needed and possible. Then I simply wandered around town and spend some time on the square in front of the cathedral. The square is a lively environment of pilgrims arriving where you see all kinds of emotions as a result of completing the camino: laughter, happiness and crying. It is also the place where many pilgrims reconnect with pilgrims they have met – and lost contact with again – along the way.

And so did I: the Tuesday afternoon I met with Maggie and Ella again with whom I jointly walked the Camino in the first week. We enjoyed lunch together and caught up on experiences. Also I almost literally bumped into the three Northern Irish guys I have met at several Albergues during my Camino, from as early as Larasoaña as all the way to Finisterre and now back in Santiago again. We progressed our complete Camino on a similar distance and time schedule. On Thursday after check in at the airport I met briefly with Søren again, the Danish guy that walked with Ella, Maggie and myself during the first week of walking. There is not such a thing as coincidence and it was nice to see them all back again at the end of the Camino.

Now I am back in the Netherlands for nearly a week and am spending some time off with my wife to catch up on experiences and ideas. There is one thing that a pilgrim has available in sufficient amount during his Camino and that is time to think. In my case this leads to many new ideas with some course corrections for the business. Elements that I will communicate about more extensively shortly.

Looking back there are two main initial insights from my Camino: Realizing that I walked 900 kilometers through Northern Spain it feels like a lot. But I never experienced the walking as a burden or heavy or it being a lot of kilometers. It simply was a step by step approach over 28 days that made me cover the 900 km. With that in mind there is a parallel to the our every day tasks and I believe that as long as we approach a challenge step by step every challenge can be solved. It may take a while, though.

Secondly there was the insight I gained from meeting David and the thoughts of “donativo” and “enough is enough” that stayed with me along the remaining of my Camino. It felt very good to have stopped the commercial approach to the “Camino experience” project and focus the Camino on my personal experience rather than carrying the burden of the necessity to write a book. I am happy with the positive responses I received from many people on this decision and looking at the personal feedback it seemed that it improved my writing style in the later blogposts.

These insights and the many ideas I wrote down will find their way back into the way I intend to move on with Simoons & Company, with a broader focus on helping companies grow and develop. But as said, more about that shortly. 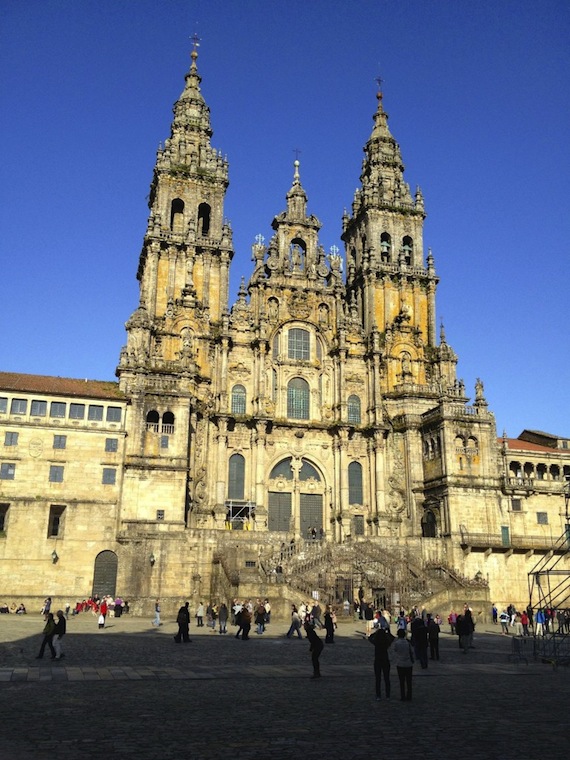